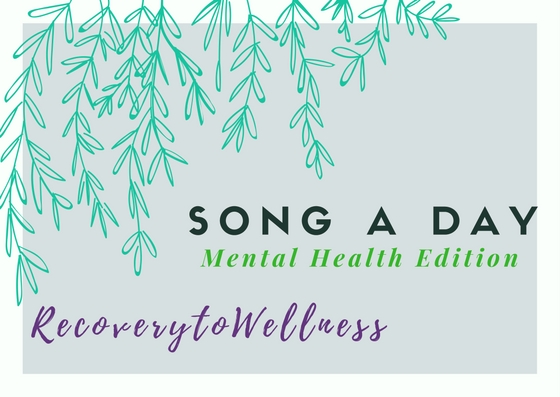 Be All Right by Dean Lewis

And my friend said
“I know you love her, but it’s over, mate
It doesn’t matter, put the phone away
It’s never easy to walk away, let her go
It’ll be alright”

So I asked to look back at all the messages you’d sent
And I know it wasn’t right, but it was fucking with my head
And everything deleted like the past, it was gone
And when I touched your face, I could tell you’re moving on
But it’s not the fact that you kissed him yesterday
It’s the feeling of betrayal, that I just can’t seem to shake
And everything I know tells me that I should walk away
But I just want to stay

And my friend said
“I know you love her, but it’s over, mate
It doesn’t matter, put the phone away
It’s never easy to walk away, let her go
It’ll be okay
It’s gonna hurt for a bit of time
So bottoms up, let’s forget tonight
You’ll find another and you’ll be just fine
Let her go”

Lyrics adapted this time from: Genius

I included a lot more of the lyrics this time with this song because I just love the story that is being told and I really appreciate how full of emotion and change and breathtaking betrayal is within every line of this song. I didn’t even realize it was a story of cheating until maybe ten times into listening to this song (I was using it as background noise after doing my coursework for a while this evening after it being suggested to me again on YouTube except that I’ve had it on replay on the loop videos site for the last couple of hours) and I found that to be a cliff-hanger and a game changer and really, really knew I wanted to share this song with all of you as well.

I think it’s more than even being about romantic relationships but any relationship that you thought one way about a person and the truth turns out to be so very wrong and vile in some other way that you were not expecting.

And of course there’s the logical side of you that knows they’re toxic for you for whatever reason but emotionally it’s so much harder to keep up with and know that you need to break away from them. Reminds me of Luna, to be honest. Especially since I have a bit of internal cringe every time I think of my two sketchbook drawings inspired from them which is also probably the reason why I’ve been avoiding my sketchbook for the better portion of this year, 2018.

I also appreciate the way the friends to the speaker in this song reassure him (them?) that things will be okay eventually, it hurts now for sure and it will for a while and he will still find a way through it. It’s humanizing and relatable and I love this song so much (which is why I wanted to download it until my iTunes fucked up and made me even more pissed off than what I already was feeling).

I think the whole concept of letting people go, especially those we’ve been emotionally or physically involved with and know that logically they’re no good for us (or vice versa) is so, so crucial and critical in the theme of recovery and wellness. Because we can love someone so dearly and need to let them go all the same. And it hurts. Badly. But sometimes it’s for the best–either for them, or ultimately, for us.

On Genius as well, you can see a blurb from the artist and he mentions how while about breaking apart this song is also about hope, which I do agree with. It’s the end of one relationship and the start of a new one. 🙂

Okay, I took a break and during the time of my writing this post I got the newest version of iTunes and am now downloading some new songs to my iPod. I’d also like to share, of course, today’s daily black&white photograph below that showcases my current annoying grade which is a solid C in my summer class (I got an 80 on the quiz today) and I’m still a bit further behind than what I’d like to be and still have some art stuff to finish for tomorrow and am not sure if I’ll finish that plus I had coffee so I may not fall asleep til about 1:30a again like last night (which if that’s the case I may as well just stay up to do the watercoloring) We’ll see.

Okay, that’s it from me. Hope you got something out of this post! 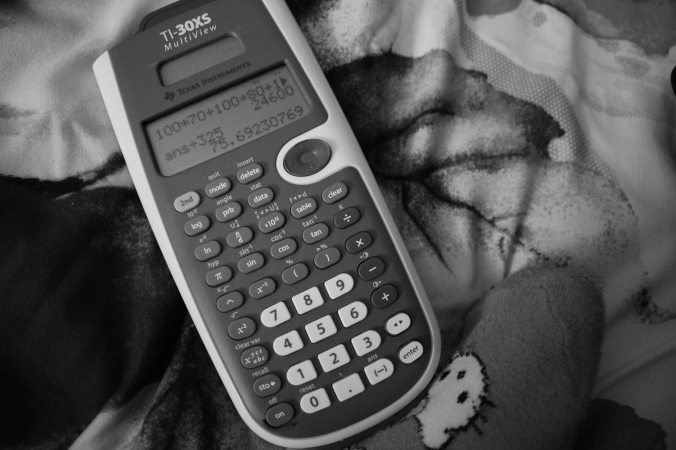 And yes, I have on my hot pink Hello Kitty crowned socks. :3

PS I can’t wait til this school crap is over with. Although overall it’s all right, it just takes longer to prepare than it is to actually do the project/quiz. Regardless… 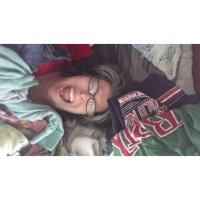 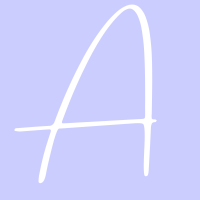